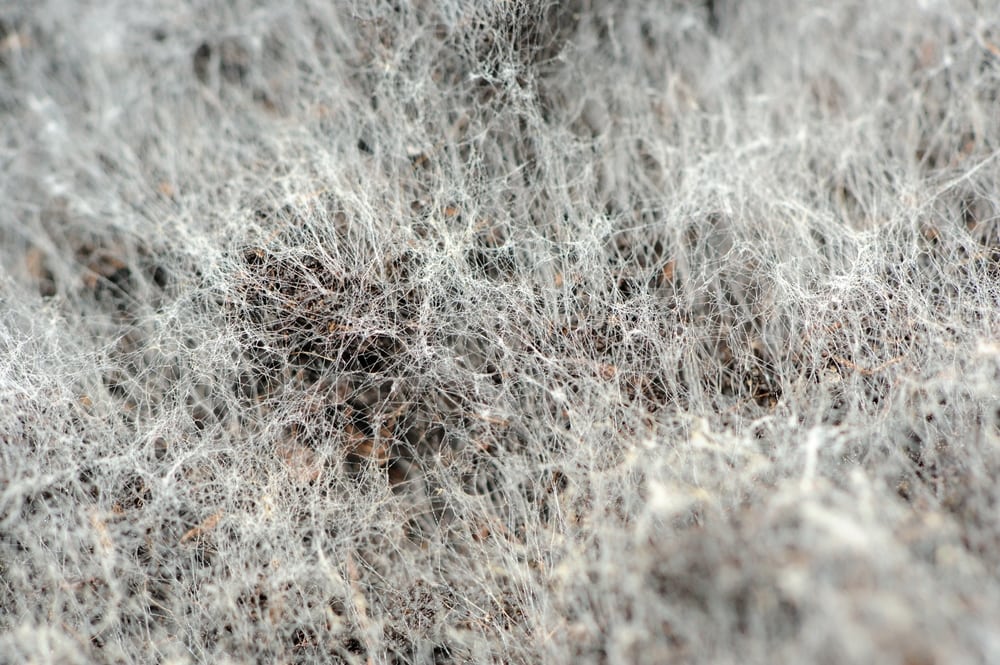 Mold is a type of fungi that grow in clusters as against yeast that grows in a single unit. It differs from yeast and does not mean the same as fungi as some people believe (All molds are fungi but not all fungi are molds). There are, however, some authorities that use molds and fungi interchangeably. Dr. Sheh Wen Hung mentioned in his mold allergy post on Medscape that mold is often simultaneously used with1but they are not the same.

Mold lives in a humid area from where they release their spores which are carried around by air and deposit on organic matters like leftover foods, fruits, and vegetables. It must be understood that microorganisms just like every other living thing including humans are driven by their sense of want. Molds find organic matters to be conducive enough to cater for their basic need which is food and water. Once they find such a place, they settle, eat and populate. Mold is actually difficult to eliminate, they grow in areas that are hidden like carpets, insulators and wall edges, and thereby makes it difficult to eliminate them. The essence of this post is to establish for the use of Lysol in the fight against molds.

This is a disinfectant agent made by Reckitt and Benckiser. The active ingredient in Lysol is usually benzalkonium hydrochloride or hydrogen peroxide. Reckitt and Benckiser introduced Lysol in 1889. Its ingredient also includes ethanol, isopropyl alcohol, benzyl phenol and, potassium hydroxide among many others. It is used both as a cleaning agent and a disinfectant agent.  According to Reckitt Benckiser official blog, the majority of US household prefer Lysol to other disinfectant and that an average US home uses Lysol

People have divergent opinions on Lysol, Majority believes Lysol kills molds while some claim the effectiveness cannot be truly proven as regrowth is often seen after a while. This, however, is largely said to be due to a regrowth.

To achieve a decent result, it should be noted that for any growing mold seen, there are spores growing in other parts of the house not yet identified. The primary concern when molds are seen should be to identify why mold is growing in the house, find out what is attracting them. Mold likes the humid and damp area, so if you have a leaking pipe anywhere in your living room, bathroom or kitchen you must fix it as soon as possible. A decaying food in the house is most likely because of molds in it which help in decaying food.

Spores are the reproductive units of mold, their presence poses more threat because they are usually not seen and they end up developing into molds. For people sensitive to molds, inhaling or touching molds can result in allergic reactions. The truth is, Lysol has not been established scientifically to be fully capable of killing spores because often a time after cleaning and disinfectant use, they are often found growing in another area which led to the argument that they were merely dispersed to another area and not killed. Others, however, argue that the spores were killed as evident by disappearance from areas that were disinfected. The argument place the growing to be from the spores on those other areas that were not fully developed to be seen. The advice is, be thorough when disinfecting; do not focus only on the obvious area, clean and disinfect as much as possible.

Black mold is black-colored mold as against other mold types which can be blue, green or red.  It is the most common types of mold which are probably why it is often discussed as a separate entity. Just like all other types of mold, black molds can be cleaned with the use of Lysol.

Mildew is a type of fungi that is closely related to mold. Mildews are usually white in color unlike molds that can be black or any of the primary colors. Mildew is usually seen more in the bathrooms than any other place which is expected as bathrooms remain wet most times and its unarguably the most dampened area in the house. The use of Lysol cleaning and disinfectant agents can help to kill mildew presence in the bathroom.

How to Kill Mold with Lysol?

Mold and Mildew are said to be very difficult to kill once they have started a decaying process, the best option with a decaying food is to be thrown away. For molds and mildew that are not showing signs of decay yet, especially in your bathroom and kitchen walls, treat as follows:

You should protect yourself and avoid a direct body contact with Lysol while cleaning with it. Make use of hand gloves, wear protective glasses and allow cross ventilation while you are disinfecting.  Ensure to keep your bathroom and kitchen dry because it is difficult for molds to grow back once those places are kept dry.

Mold is a type of fungi that grows in a humid and wet area by spreading its spores around, which further gives rise to more molds. Lysol can be used to treat molds and mold-related organism by spraying it on them which kills them off; preventing their growth by keeping your house dry, however, remain the best way to eliminate them.

We are Healthida. We share what we know about health. Hope you'll find the answers for whatever you're looking for. And if you do, share it to others. :)